Breaking News: Rabbi Goldberg Died On Erev Sukkot. His Widow And 8 Orphans Have To Sit Alone In The Sukkah He Just Built 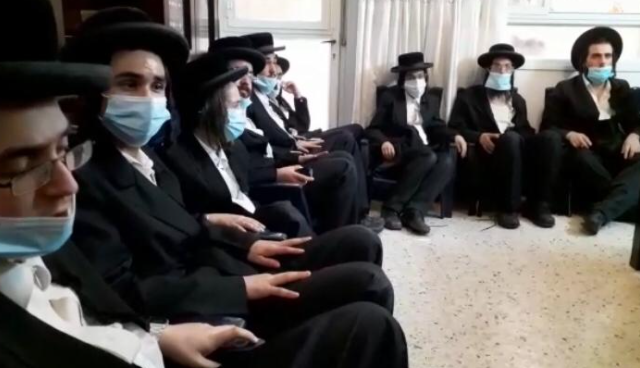 On Friday morning, Rabbi Hillel Goldberg unexpectedly passed away, leaving his new widow and 8 orphans to plan his levayah mere hours before the Chag began. He had recently beat cancer and was healthy; in good spirits. After Yom Kippur, he got right to work with Sukkos preparations.  He went with his sons to choose their Arba Minim and on Thursday night, erev chag, they built the sukkah together. After his nightly smooze with his wife, he said good night and went to bed. At 3 AM, his wife found him not breathing and upon arrival of paramedics, he was pronounced dead from Corona.

Within a 24 hour period, his family went from building a sukkah, to burying their father to sitting shiva to having their seudah in the sukkah he built only hours earlier. Although it’s a mitzvah to be b’simcha during the holidays, this family is having a hard time. They haven’t had the chance to properly mourn him and it still hasn’t sunken in for the little ones that their father is gone.

Even before this tragedy, the Goldberg’s had several challenges. One of their son’s has cancer and another is autistic. The family struggled financially to finish the month, including medical bills. Now without the family breadwinner, there is no money at all for the family, once the chag ends.

Mrs. Goldberg wants to be strong for her despondent kids, but she is on the verge of collapse herself. She knows she cannot handle new problems like having to watch her kids starve due to lack of money and she is begging for help.

One who helps this family fulfills several mitzvahs from the Torah including caring for the widow, supporting Hashem’s orphans and more. They also receive abundant reward for saving 9 lives. To learn more, click here.