Grandson of Reb Shach Dies Tragically At Only 30 Years Old 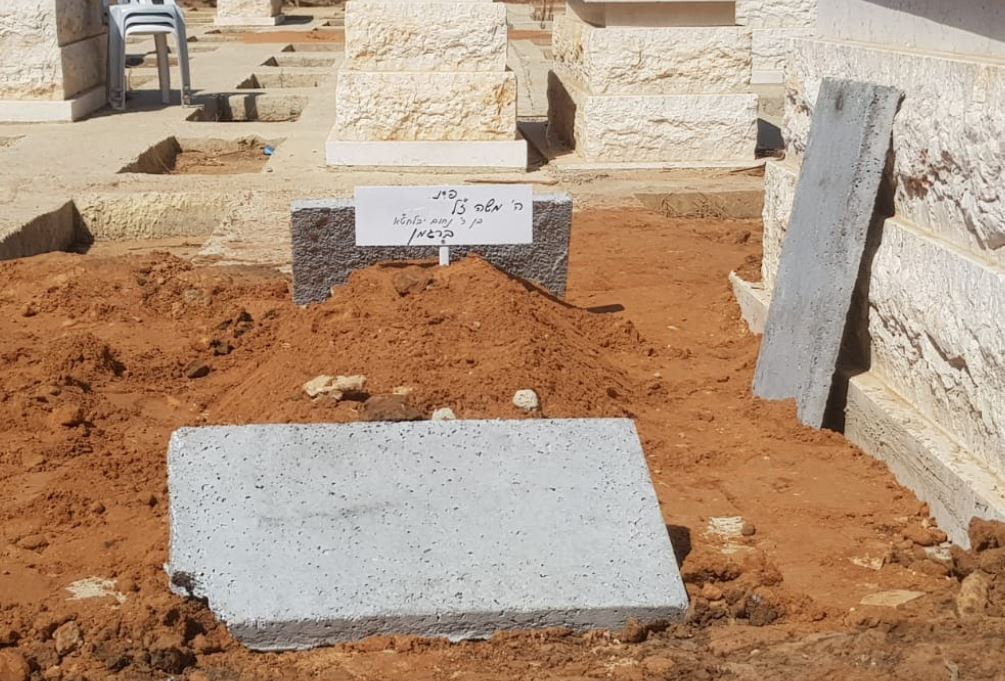 The Neve Yaakov community was struck by a tragic loss this Rosh Hashana, with the passing of 30-year-old father of 4 Moshe Bergman. Moshe was a grandson of Rav Shach, and was known for his dedication to Torah learning & prayer, as well as his sense of humor. Bergman left behind a wife and four children, aged 6, 4, 3 and 1.

When Moshe was originally diagnosed with cancer one year ago, doctors felt confident that it was not a severe case, and that with treatment he would be fine. Unfortunately, that could not have been further from the truth. Though the initial treatments were successful, months later Moshe was at a dentist’s appointment when the doctor noticed another growth. It was discovered that the cancer had not only returned, but had spread to his brain.

Moshe’s wife Simma promptly left her job as a teacher to be by his side, and their young children spent their days with neighbors and family friends. As the coronavirus pandemic took the world by storm, Simma’s already tremendously stressful situation became unbearable: She disinfected each item that came in their door, wore a mask at all times, and feared greatly for her husband’s well-being. His children were no longer able to visit him in the hospital. Despite their challenges, however, Simma maintains that Moshe kept a smile on his face.

Though he had been sick for a year, Bergman’s passing came as a shock to his family. He had seemed fine, when his vitals suddenly plummeted. He passed away on the chag.

Simma is now left to raise her 4 children without her partner in life, after a year of no income. An emergency fund has been started to help them cover their basic needs. As they grow older, the Bergman children may struggle to even remember their father. Moshe’s legacy however, of positivity in the face of darkness, will live on in the memory of all those who loved him.