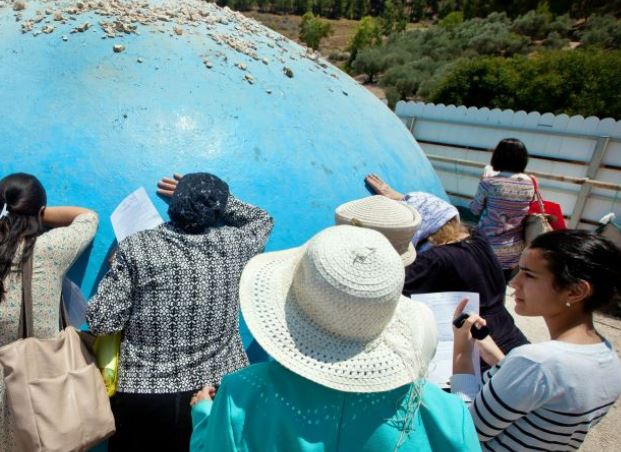 The resting place of Rabbi Yonatan Ben Uziel, also known as “Amukah,” is famous throughout the world for the many thousands of people who have come there to pray to find their soulmates. Many tell incredible tales of getting engaged and married shortly after their visits to the picturesque tomb nestled in the countryside in the north of Israel. It has been the stuff of legends, and now it can be a part of the lives of Jews around the world as well.

This Thursday, on the yartzeit of Rav Yonatan Ben Uziel himself, Jews of all kinds will flock to Amukah to ask for their soulmate. One of the visitors will be one of the biggest rabbanim in the world today, Rav Moshe Edelstein. Rav Edelstein will bring with him a select list of people to pray for: the individuals who add their names to his prayer list.

Rav Chaim Kanievsky is also involved: The Rav gives his blessing donors that they should, “midah k’neged midah,” be married in the next year. It is an unbelievable blessing which many special souls yearn desperately to see come true.

Donors merit to have their names in the tefilos and blessings of the greatest tzaddikim, both in this generation and of the previous generations, whilst contributing their tzedaka money to a reputable cause. Names are being accepted until Thursday.